We clean. You relax.

Jarris Simpson enjoys the entrepreneurial life and the freedom and independence it allows. It has been a dream of his to own a business for as long as he can remember. After spending 20 years in the manufacturing industry, Jarris struck out on his own and bought a franchise cleaning company in 2009. After heavy consideration, Jarris decided he could express himself and better serve his customers by moving away from the franchise model to start Top Choice Cleaning Solutions, LLC.

Jarris was born in England while his father was stationed at Royal Airforce Lakenheath. His family returned to the states while he was still an infant spending the early years of his life in Sumter SC with his twin brother and two other siblings. He later moved to Charlotte, NC where he attended Myers Park High School.

Jarris is a big sports enthusiast rallying behind his hometown teams: Carolina Panthers and Charlotte Hornets. In addition to his work and sports, Jarris is the dad of a teenage daughter. He enjoys reading, watching a good movie, and spending time with his family. 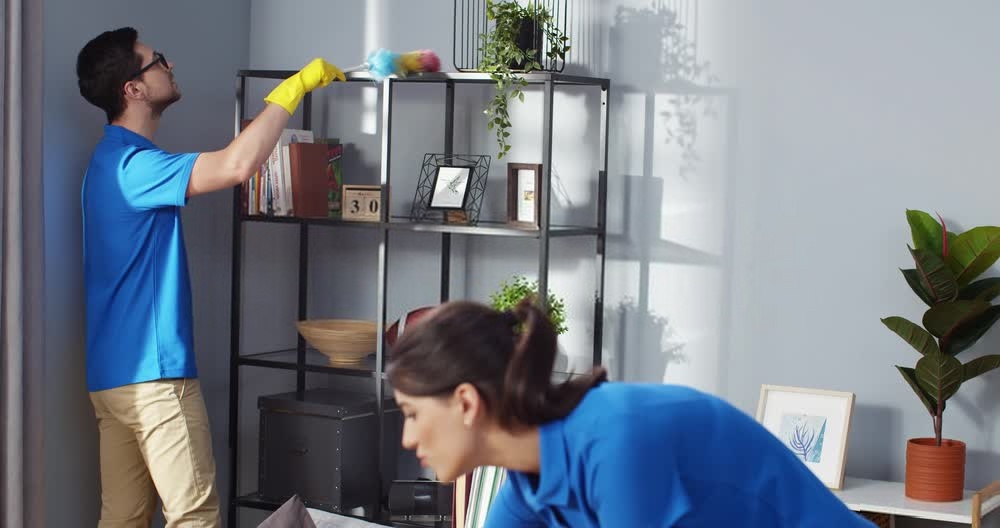 In today's current climate, we understand that cleanliness is important to your business. Top Choice Cleaning Solutions provides consistent, high-quality cleaning and janitorial services for your every need. We deliver top-notch services to ensure that your office provides the best atmosphere for your customers, employees, and tenants. Not only does our quality cleaning enhance the value of your office building, but it also ensures sanitation and deep cleanliness during the pandemic. We are committed to our customers and guarantee to deliver beyond expectations.

Making a first impression on your clients is important. The last thing you want to worry about is the cleanliness of your business. We can help your Charlotte area business stay sparkling clean.

Whether you want to maintain where you work day to day, need to spruce up the place for your annual shareholders meeting, or need a move-out or move-in clean, Top Choice Cleaning Solutions has the right solution for your business.

We can also provide disinfectant services with our electrostatic sprayer. Are your floors looking a bit dull? Maybe your shareholders are doing their annual visit and you need to shine a bit more than usual. Top Choice Cleaning Solutions serves the entire Charlotte metro area.

A well-maintained floor can transform how your workspace appears. Request a quote today for carpet cleaning, strip and wax floor services, or maintenance on any of the types of floors listed below.

What Our Clients Say I was one of Jarris' customers for 3 years. When he first came to my office it was a mess! He recommended that we get a deep clean done and then continue with maintenance cleaning twice a week. He also worked on a weekend for me, as to not interrupt my business, stripping and waxing the floors in each room. We did this on a bi-annual basis. Jarris never missed a day and always did a top-notch job! He left a binder in my office so that we could communicate about scheduled cleanings, areas that needed attention, or anything else that either of us deemed important. Jarris always made me look good when the executives from my company came into town. I would recommend his work to any of my colleagues! For the better part of five years, we have had the pleasure of working with Jarris Simpson and his great team. Jarris and his staff are delightfully efficient and provide excellent service in keeping our facilities looking like new. With unlimited access to our facilities, Jarris has consistently proven to be trustworthy and reliable. I would not hesitate to recommend their services to anyone. Jarris Simpson has been really great. His company has been with us for a long time, love their service. He continued to provide outstanding service as we moved to a different location. Jarris and his staff always have the best service attitude.

Jarris Simpson has been servicing Salvation Army Boys and Girls Club for all our Janitorial needs. Jarris has always been prompt on returning calls quickly and likes to keep a good line of communication between himself and the customer. The owner, Jarris Simpson, has always been exceptional to work with. I would highly recommend Jarris Simpson for quality janitorial service and great customer service.

Our commercial cleaning services and floor services are also available in South Carolina: Request For A Free Quote!